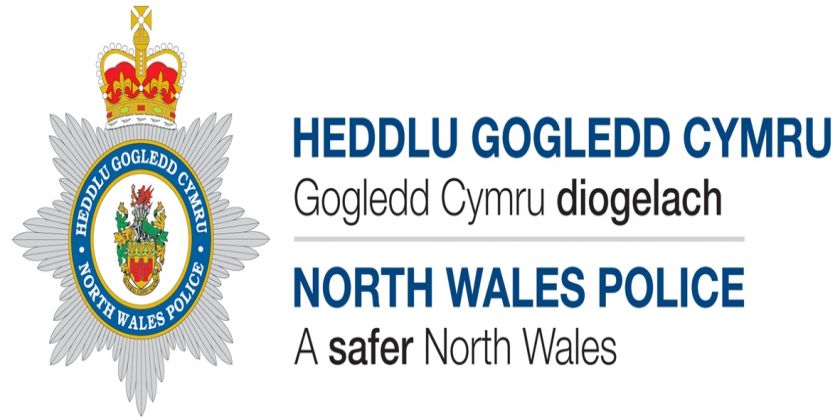 The annual High Sheriff Awards have been held in Clwyd and Gwynedd to celebrate the fantastic work being done to make a positive difference in the local community. The Awards recognise volunteers and community projects across North Wales. This year, a number of awards have been awarded to North Wales Police employees and volunteers to recognise the work that they have been doing in their local communities to reduce crime and anti-social behaviour.

High Sheriff of Clwyd 2018/19 Lady Hanmer presented the awards on the evening which was held at Wrexham Glyndwr University.

Lady Hanmer said: “I am extremely grateful to AVOW and in particular Mr Ken Rowlands for organising for me to see and hear about so many different organisations across the four counties that were nominated for this evening. When writing to each nominator, successful or otherwise, I realized just how many fantastic people there are in North Wales ready to give huge amounts of their time in order to help others less fortunate than themselves.”

Led by PC James Tapley, young people in Connah’s Quay identified several run down areas in need of regeneration and decided to restore a community park. The area did not instil a sense of pride in the local area as it was an eyesore and youths congregated in the area thinking it was acceptable to cause further damage. The young people involved in the project met at the park every week over the summer to clean, re-paint and add plants to the area. The hard work of the group paid off with the area being much more appreciated and admired by the local community.

The Rhyl Safer Neighbourhood Team, led by PC Steph Ball and PCSO Sabrina Illman-Roberts, held family friendly rugby and sporting sessions during the school summer holidays for all locals to get involved in. They worked with the Welsh Rugby Union and Rhyl Rugby Club to include training sessions with qualified coaches as well as other fun activities for the whole family to get involved in. These sessions helped to reduce the amount of domestic calls in the local area and also resulted in zero calls of anti-social behaviour in comparison to 30 the previous year.

High Sheriff’s Personal Awards were also given to two of our Volunteer Police Cadets. The two cadets were selected to help to support the High Sheriff at ceremonial occasions and official engagements. VPCs Charlotte Parry and William Robinson were awarded for most enthusiastic and committed Volunteer Police Cadets. This has been demonstrated through taking personal responsibility, displaying motivation, perseverance, conscientiousness and by being an excellent role model for young people to follow.

The evening also saw the High Sheriff of Clwyd recognise many volunteers and organisations from Conwy, Denbighshire, Flintshire and Wrexham.

Kathryn Griffiths Ellis said: “My thanks go out to the Police and Community Support Officers, Ambulance Service, Fire service, RNLI, and all our Voluntary services. All of them are so committed to their tasks, often working in difficult circumstances but determined to get the best results for each and every one of us.

“These awards are  a chance to celebrate those who work so hard in supporting their communities and in doing so, making the rural towns, villages and countryside of Gwynedd a better, safer and happier place to live.”

Project of the year was awarded to the Benllech Summer Project. PCSO Carwyn Gilford, PCSO Lee Monks and VPC Adam Pritchard were recognised for their roles in making the project a success over the summer holidays. A large variety of activities were available throughout the summer to give young people something to do but also to encourage developing new skills. Activities included team building, CPR and defibrillator training, water and fire safety as well as an intergenerational project which bridged the gap between the young and elderly in the local area.

Highly commended on the evening were also PCSO Elizabeth Williams, PCSO Iwan Williams and PCSO Sophie Roberts in recognition of the ongoing work being accomplished by their Pwllheli community project which is supporting young people and the local community.

Volunteer Police Cadets Chloe Evans and Gethin Topps were awarded in recognition of their commitment as volunteers and for being excellent role models to other young people to follow.

High Sheriff Community Service Awards were also given to PC Dewi Evans and PCSO Rhys Evans to recognise their tireless work to support the farming and rural communities of Gwynedd.

In addition to these the High Sheriff of Gwynedd also recognised a number of volunteers who do tireless work to support local communities across Gwynedd. A highlight of this was a Personal Award made to Williams Huw Hughes for his participation in numerous community events.

The role of the High Sheriffs is to lend active support to their county, including the emergency services and law-enforcement agencies. They ensure the welfare of visiting High Court Judges, support royal visits and take an active part in supporting and promoting voluntary organisations.

Crimebeat is the official charity of the High Sheriffs which aims to support young people who want to make a difference in their communities. Crimebeat funding gives young people a unique opportunity to use their energy and imagination to develop specific initiatives to reduce crime and anti-social behaviour.

Further details can be found at: www.crimebeatnorthwales.co.uk