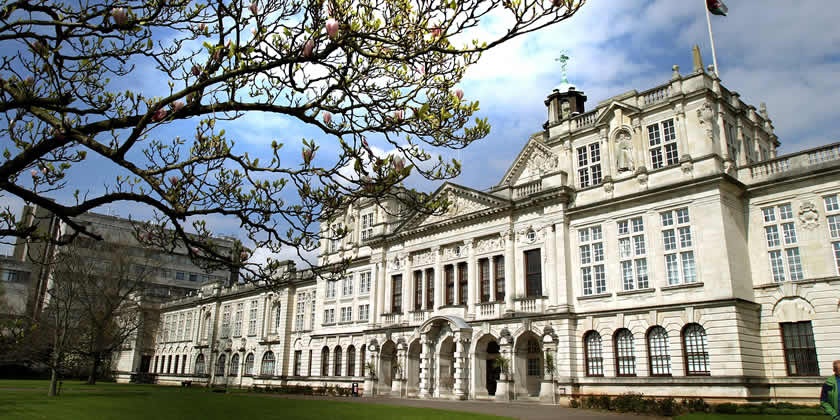 Cardiff University writers and researchers will bring their work to life at one of the world’s best known literature festivals.

Visitors to the Hay Festival, which runs from 23 May to 2 June, are invited to discover literary landscapes and hear ghostly tales at talks and readings by members of Cardiff University.

Professor Jon Anderson, of the School of Geography and Planning, will lead a conversation with Professor Damian Walford Davies, Pro Vice-Chancellor of the College of Arts, Humanities, and Social Sciences, and Dr Mary-Ann Constantine, of the Centre for Advanced Welsh and Celtic Studies at the University of Wales, to explore the connections between Wales’s landscape and its literature.

They will draw on Professor Anderson’s Literary Atlas project, a partnership between Cardiff University, Swansea University and Literature Wales, which sought to create new ways of understanding the connections between literature and geography.

From mapping over 570 English-language novels set around Wales, to commissioning artworks for 12 chosen novels, the project interviewed authors, walked territories, and curated histories to re-discover the cultural importance of the novel to the land and literature of Wales.

Wales: a Tapestry of Literature and Landscape takes place on Tuesday 28 May at 17:30.

Damian then makes a separate after-dark appearance which will not be for the faint-hearted.

Appearing alongside writer Michelle Paver, Damian will read and discuss his book Docklands, a ghost story told in 50 poems set in Victorian Cardiff.

Paver will discuss her gothic thriller Wakenhyrst in which a painted medieval devil in a graveyard awakens unhallowed forces.

Fictions: Wakenhyrst and Docklands takes place on Tuesday 28 May at 20:30.

Also at Hay is Dr Jean Jenkins, Reader in Employment Relations at Cardiff University and part of Wales Institute of Social and Economic Research, Data and Methods (WISERD), who has been researching industrial relations in the garment sector for around 25 years.

This is an industry whose history at home and abroad has been characterised by gross exploitation of its workforce.

But while workers are sometimes portrayed as passive victims, they are resisting this exploitation and fighting for better working conditions, albeit against enormous odds.

Jean’s talk will focus on what workers are doing for themselves, the challenges they face and the need for access to the most basic of employment rights – the right to bargain in defence of their own interests.

Still Fighting the ‘Parasite Industry’ is also on the Tuesday at 20:30.