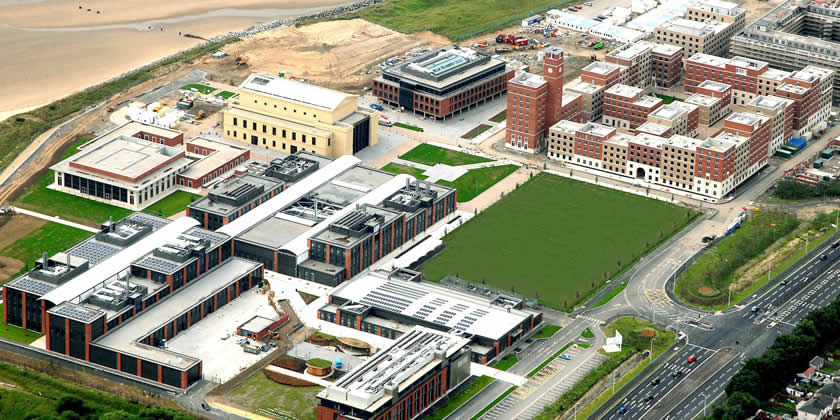 Swansea University is hosting the annual gathering of the British Shakespeare Association from Wednesday, July 17 to Saturday, July 20 which this year has the theme Shakespeare Race and Nation

Over the four days 150 delegates will enjoy keynote talks by leading academics, workshops and theatrical performances.

One of the particular highlights will be a production of Pembroke Arcadia, the first-ever stage dramatisation of Sir Philip Sidney's famous Renaissance prose and poetry work Arcadia by the University’s Professor David Britton

Specially commissioned by National Theatre Wales and presented by Fluellen Theatre Company at Taliesin Arts Centre, it features cross-dressing, sword-fighting, ferocious wild beasts and  poetic shepherds – all in a Classical paradise which bears an uncanny resemblance to South Wales.

The performance is one of the conference events that is open not only to delegates but also to members of the public.

Lead organiser for the conference Dr Eoin Price, senior lecturer in the Department of English Literature and Creative Writing, was delighted Swansea University was hosting the event in such a momentous year.

“The theme of this year’s conference is particularly relevant in the year that Britain faces Brexit and we are all questioning our views on what nation means to us.

“Shakespeare is often praised as a universal writer with global appeal but his plays have complicated histories that reveal legacies of racism and imperialism.

“At the conference we are asking our delegates to consider the fraught relationship Shakespeare has with these important and contentious subjects and what his work can tell us about nationhood and race,” he said.

The British Shakespeare Association promotes the study, practice and enjoyment of Shakespeare throughout the UK and its annual conference provides an opportunity for academics, practitioners, and educators to get together to discuss his work.

Local teachers will be able to take advantage of the gathering of world-leading experts and are invited to join the final day of the conference for free.

The conference will then be brought to a close with a performance of Pericles staged at Oystermouth Castle by The Willow Globe, a company based near Llandrindod Wells who specialize in outdoor performances of Shakespeare's plays.

This event, arranged in partnership with Swansea Council, is open to the public. To book tickets go to

Also on the Saturday the Glynn Vivian Gallery in Alexandra Road, Swansea is marking the conference by running a family Shakespeare day, which includes several film screenings.

For information and to book your place go to https://www.swansea.gov.uk/article/51199/Midsummers-Family-Fun-Day

To book tickets for the Pembroke Arcadia go to https://www.taliesinartscentre.co.uk/en/performances.php?id=58338