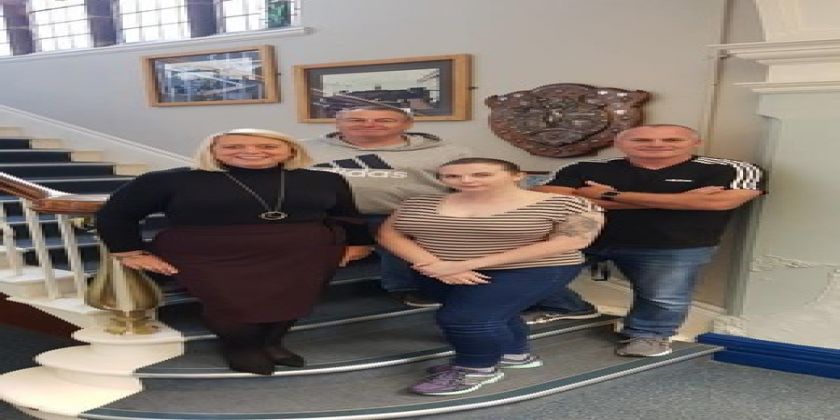 A new Hidden Harm Team has been set up at Warrington Police Station to aid the fight against modern day slavery and human trafficking in the town.

It is working closely with partners including Warrington Borough Council, recruitment agencies, employers and private landlords to identify, prevent, disrupt and stop modern day slavery and help the vulnerable victims.

Detective Inspector Julie Jackson, who is in charge of the new team at Warrington CID, said: “It is a sad fact of life that modern slavery is happening today, in our communities, often hidden away behind closed doors.

“In fact, the number of victims is growing all the time, internationally, nationally and locally, and I am pleased that the growing problem has been highlighted on terrestrial TV recently via Panorama - The Hunt for Britain’s Slave Gangs and Coronation Street’s nail bar storyline.

“Modern slavery destroys lives. It stems from serious and organised crime and targets some of the most vulnerable people in our society, who are coerced into a range of exploitation, including trafficking, forced labour and domestic servitude.

“Many are tricked into coming to the UK with a promise of a good job and a better life. Instead, they are made to live a life of abuse, working in terrible conditions with very little reward.

“These offences represent a grave abuse of human rights and basic dignity, and the new Warrington Hidden Harm Team has been formed to step up efforts to eradicate modern slavery in the town and bring to justice those who so cruelly exploit vulnerable people.”

Victims of modern slavery are often hidden in plain sight, hence the name of the new team.

You may see victims working in your community without realising that they are being coerced to do so by organised criminals.

DS Wright said: “Slavery is a hidden crime that sees victims suffer in silence, often feeling alone and terrified and not knowing how to escape the situation.

“Many have come from broken families, leaving them less protected from attachments to those who wish them harm.

“Some have been unable to find work, leaving them more vulnerable to exploitation.

“Others are addicts, some struggle with unmanageable debt and many have never experienced decent education.

“One of the biggest challenges the police faces in fighting modern slavery is that many victims do not realise they are victims and many others fear revealing their status or experiences to state authorities and mistrust individuals in authority.

“On initial contact, victims may appear unwilling to co-operate, especially if they are in the presence of their traffickers or around other victims.

“In addition to feelings of fear and intimidation, they may feel dependent on their traffickers.

“Our role at the new Warrington Hidden Harm Team is to work with our partners to find these victims, ensure that they receive all the physical and psychological help and support they need and do everything we can in a bid to bring their traffickers to justice.

“But modern slavery and human trafficking are not matters we can address on our own. Protecting people from slavery and exploitation is everybody’s responsibility.

“Cheshire Constabulary plays a key role in the Cheshire Anti-Slavery Network, a multi-agency group led by Warrington Borough Council that is committed to working together to prevent modern slavery and human trafficking.

“Agencies and other organisations from both the public and voluntary sector are actively involved in addressing these heinous crimes, but I cannot stress enough how much we also need the public to come forward with any suspicions or information they have regarding possible cases of modern slavery.

“Please help us to help victims of these devastating crimes.”

To look out for potential victims, it is important to recognise the signs and behaviours associated with this type of crime.

Here are some of the common signs that may indicate that someone could be a victim of modern day slavery:

Information from the community, no matter how small, plays a vital part in tackling modern slavery.

If you see something suspicious call Cheshire Constabulary on 101 or Crimestoppers anonymously on 0800 555 111. Alternatively, you can contact the new Hidden Harm Team via email at [email protected]