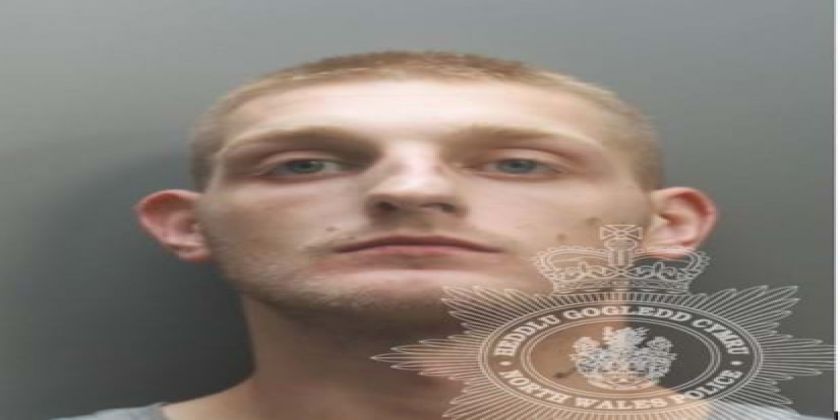 A man who rammed a police car to avoid officers has been jailed.

Officers were on routine patrol in and around the Holywell area shortly before 10pm when they spotted a car being driven by Kutryk who they knew was a disqualified and uninsured driver. They followed him into a nearby car park and signalled for him to stop but Kutryk failed to comply and he rammed the police vehicle with his Jaguar before making off.

Both police officers were treated for minor injuries at Ysbyty Glan Clwyd.

Kutryk was arrested on the following Tuesday after being circulated as being wanted. He was charged with two counts of assaulting an emergency worker, dangerous driving, driving whilst disqualified, driving without insurance and breach of criminal behaviour order.

He was sentenced to 28 months and must serve the remainder of the term of his suspended sentence.

District Inspector Gareth Cust said: “Kutryk’s vehicle was around 10 metres away when he drove directly at the officers as fast as he could which shunted the police vehicle backwards approximately two metres. He then moved his car to create a large gap between him and the police car and fearing he would ram the car again, the officer quickly moved the damaged car out of Kutryk’s way.

“He put the officers in great danger with his extremely reckless and dangerous actions. It was sheer luck that no one was seriously injured.

“My officers were simply doing their job trying to make the roads safer for everyone, yet Kutryk decided to act in this way, despite already being on a suspended sentence following an earlier incident in Flint.

“Almost £1,000 worth of damage was caused to the police car, plus we had the inconvenience of the car having to be off the road whilst it was being repaired.

“I hope the sentence handed by the court will send out a very clear message that anyone convicted of such offences will be dealt with robustly.”