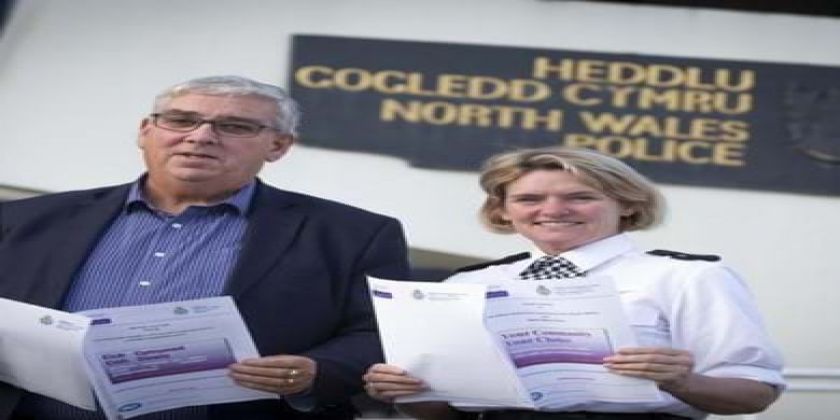 Cash seized from crooks will be used to help children and young people escape the clutches of County Lines gangs exploiting them to sell drugs in communities across North Wales.

Half the money will be contributed by the commissioner with the rest coming from a pot of cash confiscated from criminals via the Proceeds of Crime Act.

The aim of the Your Community Your Choice scheme is to recycle the ill-gotten gains of villains for positive purposes.

As a result, two community groups in each county in North Wales will receive up to £2,500 each whilst there will be two £5,000 grants available for organisations working across three or more counties in North Wales.

The window for groups to submit applications opens for a four week period on November 11, with the winners being chosen by a public vote.

Commissioner Jones, a former police inspector, said: “The focus of this year’s Your Community Your Choice fund is to counter the threat to our communities coming from drug gangs from the urban areas, using or exploiting young people to deal drugs in our communities.

“The aim is to build up resilience in communities to resist this threat, and to resist organised crime groups infiltrating our towns and villages and exploiting and coercing vulnerable young people to deal in drugs. Essentially, we are talking about the scourge of the County Lines gangs.

“North Wales Police has taken great steps in addressing the County Lines issue, and identifying those responsible, and actually taking the gangs out. We’ve had some great successes in taking organised crime groups.

“But our communities need to play their part in reporting this to Crime Stoppers who can be contacted anonymously by ringing 0800 555 111.

“What better way than using the proceeds of crime than helping communities build resilience amongst their own young people.

“There is an element of poetic justice in using money obtained through crime to address the problem of crime in our communities.

“Addressing County Lines is one of the major priorities in my Police and Crime Plan so it all fits together. Reducing the criminal exploitation of young people is the umbrella priority in my plan and County Lines is at the centre of that.”

It was a sentiment endorsed by Assistant Chief Constable Sacha Hatchett.

She said: “These awards are important because they involve the community and the communities decide where the money can best be spent.

“A lot of what we fund is aimed at providing something for young people to get involved with rather than being tempted to commit crime or indulge in anti-social behaviour. We want to support communities so they are able to take responsibility for their own areas.

“Smaller community groups can do a great deal to make communities safer, reduce crime and reduce re-offending, It also sends a good message to the communities because it shows we are listening to them.

“The aim is to build up resilience in communities across North Wales to help vulnerable people combat things like County Lines.

“I think criminality sometimes cannot grow in areas where the community will not allow it to do so.

“I get particular satisfaction knowing that part of the funding comes from the proceeds of crime, so that money is taken out of the pockets of criminals and their ill-gotten gains by the courts and is put back into community initiatives.

“It’s turning bad money into good and it’s making a real difference because it is local people who recognise and understand their local issues and how to solve them. This is a really positive aspect of the scheme and it helps bring us closer to those communities.”

“Applicants must be a properly constituted community group or a registered charity and the main criterion is that the project helps to support the Police and Crime Plan by delivering safer neighbourhoods.

“Applicants considering a bid need to liaise with their local neighbourhood policing team to discuss their proposal and make sure it is as comprehensive as possible and has the support of their District Inspector.”

The opening date for applications is November 11 and they must be returned by e-mail to yourcommunityyourchoice@nthwales.pnn.police.uk by 5pm on the closing date of December 6.