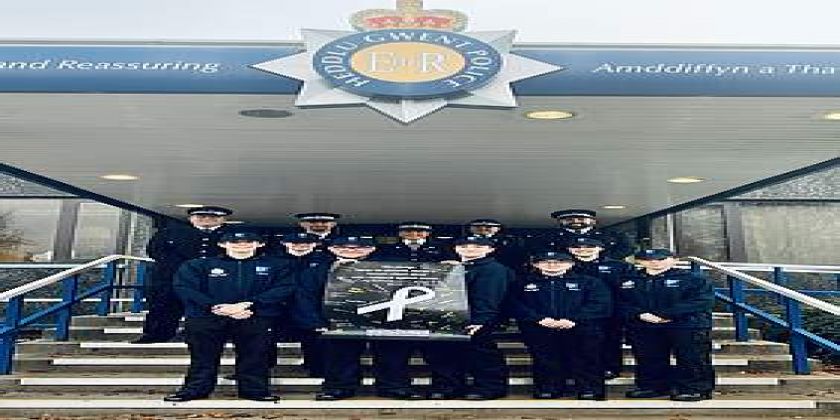 Today, our Cadets will be joining Chief Constable Pam Kelly to visit the Senedd as The National Federation of Women’s Institutes hosts an event to mark International Day for the Elimination of Violence Against Women and White Ribbon Day.

In July 2019, Cadets across Gwent received inputs on healthy relationships and how to identify when a relationship is controlling; they were educated on child grooming, sexting, honour based violence, personal identity and what avenues you can take to stop yourself from becoming a victim of such crimes.

Following this, a group of senior Cadets came together to collaborate on a project to see how they would deliver messages to peers, friends and family around such topics.  One area the Cadets were particularly interested in was Domestic Violence.

The Senior Cadets, with our NxtGen Officers, approached White Ribbon and embarked on a pilot programme to promote awareness of male violence against women.  The programme consisted of further training around Domestic Abuse, harassment, stalking, how to deal with domestic abuse, honour based violence and how to talk about and report Domestic Abuse.  Through this collaboration, White Ribbon and the Cadets have established and developed a ‘Youth Advocate’ mentor role. This role is the first of its kind in the United Kingdom and only the Cadets in Gwent have been formally identified.

A ‘Youth Advocate’ is not only a vital role in the youth arena; it also means we have young people reaching out to people of similar ages, delivering messages between peers.  The Youth Advocates are linked within their schools and college.  Welfare and safeguarding officers work with Youth Advocates to shape how they look at and engage with young people around Domestic Abuse and encourage peer mentors to deliver vital messages and engage with youths.  The schools will work with Youth Advocates, along with adult mentors, to ensure safeguarding measures are in place to support and assist individuals who disclose any form of domestic abuse.

The Youth Advocates took their cause to the National Assembly Wales on the 1st of November to speak to the all Wales Police Cadets forum regarding Healthy Relationships and how they are active ambassadors within their youth group, schools and community.