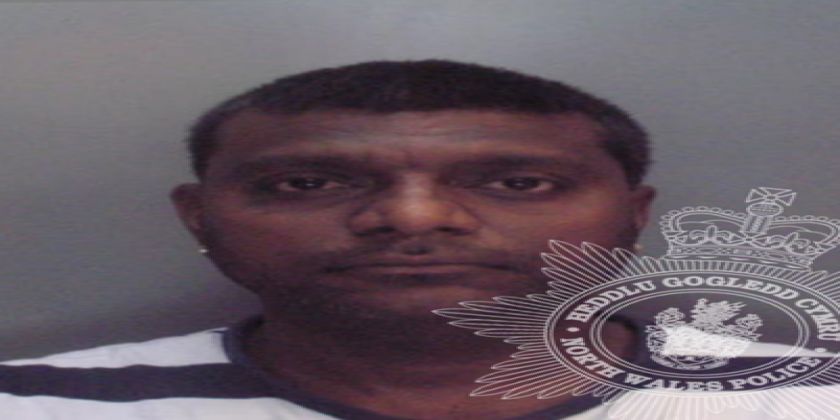 The perpetrator of a multi-million dollar fraud against an American company has today been jailed for 7 years and 8 months at Caernarfon Crown Court.

Michael Kinane (41), a Sri Lankan born British citizen had previously pleaded guilty to his part in a crime which involved infiltrating the email systems of a London based pharmaceutical investment company, from his home in Porthmadog.

Fake emails were sent to authorised personnel within the US victim company requesting that payments due for legitimate work, be paid into new accounts, one of which was the account of Kinane.

On the 2nd of November 2018, $7.8 million USD entered into the accounts of Mr Kinane from the victim company. In the following three days, the funds were dispersed to accounts in Poland, Germany, Hong Kong, China and Malaysia.

As a result of a parallel investigation by North Wales Police and the FBI which commenced in November of 2018, Kinane was arrested on 8th August 2019 at Gatwick Airport having flown into the UK via Turkey.

Three days later, he was charged in relation to Conspiracy to Launder Money (and three offences of Fraud by False Representation relating to his acquisition of prestige vehicles).

North Wales Police have obtained banking documentation for 32 accounts attributable to Mr Kinane thus far. The 13 month investigation has resulted in the recovery and repatriation of $1,616,202.72 USD to the victim.

“Fraud is the most commonly experienced crime in the UK. In the last crime recording year, there were over 4600 frauds in North Wales reported to Action Fraud representing an £8.9m loss.

The impact of fraud and related offences can be devastating and can range from unaffordable personal losses suffered by vulnerable victims to impacting the ability of organisations to stay in business.

With a significant increase of fraud now being committed online this enables fraudsters to exploit victims remotely, often from another country.

What is clear is that businesses and high-net-worth individuals are now being increasingly targeted due to their larger financial transactions and the greater potential profits for fraudsters.

Significant funds, in excess of $1.6m have been recovered by the NCA UK Financial Investigation Unit and the Joint Money Laundering Investigation Task Force.

I am grateful to the companies involved in this case for their full support and co-operation throughout this investigation”.