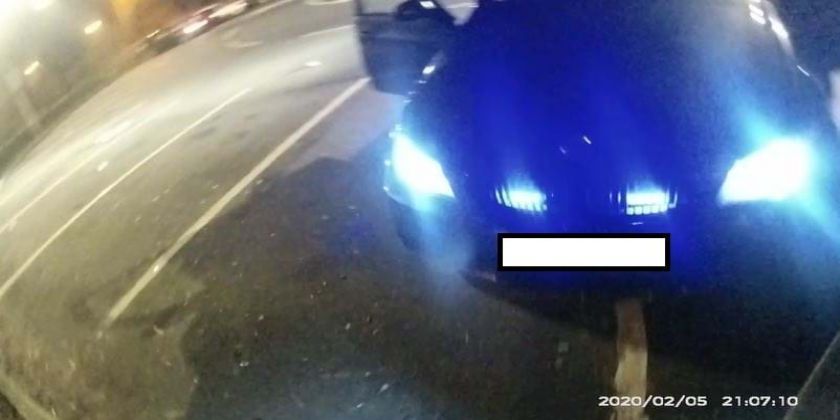 A driver has been issued with a ticket after police found blue lights fitted onto his car.

Officers from the Roads Policing Unit were on duty in the Bangor area last night (Wednesday, February 5th) when they received anonymous information about a man driving a BMW with blue flashing lights.

Vehicle checks were carried out and the car was traced nearby parked on Caernarfon Road with the driver still inside.

He was spoken to and officers found blue flashing lights fitted in the front grill.

The 25-year-old man was issued with a TOR (Traffic Offence Report) for having a vehicle fitted with an unauthorised warning beacon. Further checks were carried out and the driver was also found to be driving with no insurance so the car was seized.

PC Daniel Owen of the Roads Policing Unit said: “This was an unusual incident whereby we received an anonymous tip off that a man was driving with blue lights fitted onto his car. It was just by chance that we came across the car parked with the driver still inside. He admitted to having the blue lights and showed them illuminated.

“We were told the blue lights were ‘just for show’ however he was issued with a ticket. Unfortunately he had no insurance either so his car was seized.

“To make matters worse he’s been driving for less than two years and it is likely he will now lose his licence due to the six penalty points.”