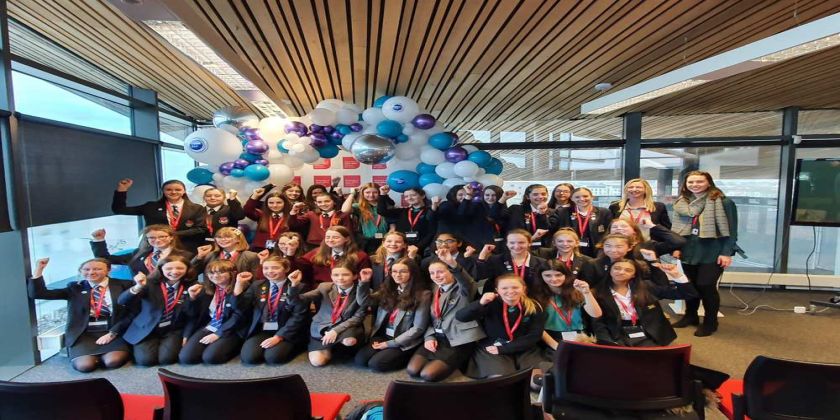 Teams of girls aged 12 and 13 from 10 schools worked on a series of online codebreaking challenges set by industry during the event, which was one of 18 that took place simultaneously across the UK and involved almost 12,000 girls.

It was the first time a Wales-only contest - hosted at the National Cyber Security Academy (NCSA) at Newport Campus - has been held, thanks to the competition’s new regional format. The top 10 teams – including the Welsh champions – will then face off in a Grand Final in Cardiff next month.

The CyberFirst Girls Competition was launched four years ago by the National Cyber Security Centre (NCSC) – a part of GCHQ – with the aim of boosting interest in cyber security among females, who are currently under-represented in the industry.

"We were delighted to host this competition at our Newport campus,” said Clare Johnson, USW’s Head of Cyber. “The girls worked incredibly hard all day, and it was very close at the end.

“Encouraging greater diversity in the industry is vital to ensure we can provide the best defences against ever increasing cyber attacks and events like this help inspire and encourage girls to consider a career in this field".