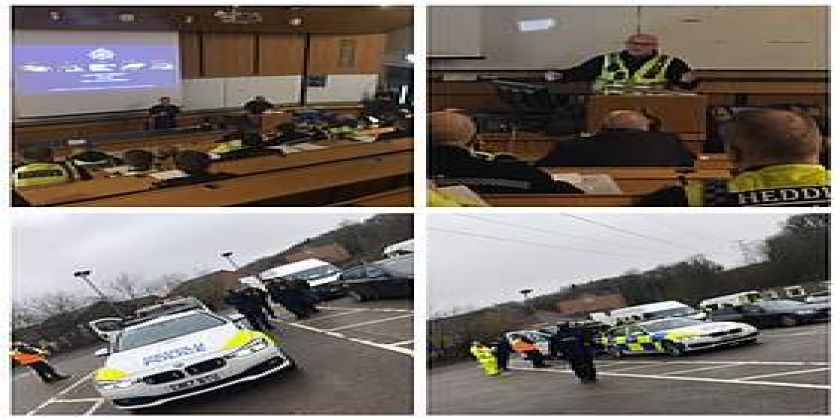 Officers were out across Gwent targeting metal theft offences today.

Sites were in place in Abercarn and Newport, and mobile officers were directing vehicles in for checks.

Officers were particularly interested in identifying offences that target our transport and communication infrastructures, so partners from British Transport Police and BT Open Reach were present, alongside representatives from Trading Standards and HMRC.

Intelligence logs were also submitted as a result of our stops.

Chief Inspector Martyn Smith said: “These operations, although primarily in place to target metal theft, can identify a wide range of offences whilst raising awareness of police activity in the area.

“Metal theft can be really disruptive to travel and communication, and have a huge impact on economy and communities.

“This operation covered opportunistic theft but also more planned and audacious theft which is sometimes carried out at the roadside right in public view.

“We’ll continue our work with scrap metal dealers and collectors to ensure they are reputable and operating within legislation.”