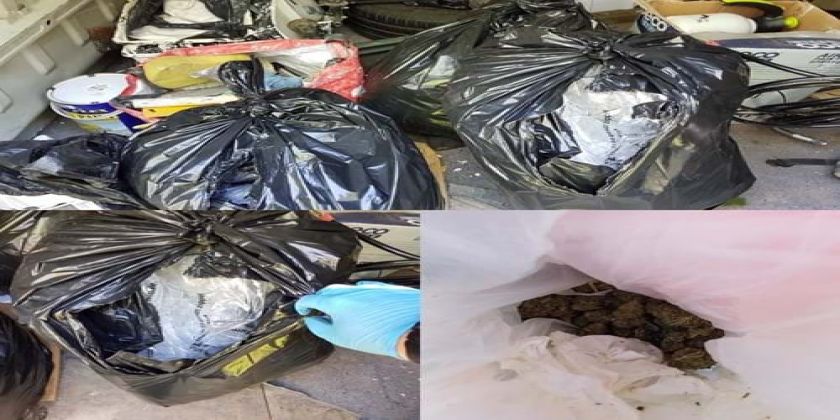 A routine speed check on the A55 near Bangor yesterday morning led to the discovery of a substantial amount of what is believed to be Class A and B drugs.

An officer from the Roads Policing Unit who was on patrol shortly after 9am, saw a Peugeot box van being driven at speed on the eastbound carriageway.

The van was stopped and the driver gave a positive roadside drugs test after testing positive for both cannabis and cocaine. A small amount of Class B drugs were also found. He was arrested and taken to custody.

The van was seized and a further search uncovered a substantial amount of what is believed to be Class A and B drugs. The driver was further arrested on suspicion of possession with intent to supply.

The 34-year-old, who is from the Wednesbury area, has since been released under investigation whilst enquiries continue, including ongoing enquiries with colleagues at West Midlands Police.

PC Leigh McCann of the Roads Policing Unit said: “Despite the COVID-19 pandemic, we are continuing to apprehend and arrest those who come into north Wales with the intention of transporting and supplying drugs.”

Officers are continuing to carry out checks following concerns raised by members of the public about speeding across the region.

Examples of high speeds captured yesterday (Tuesday) include a driver on the A55 at Broughton who was recorded driving at 99mph, another who was caught on the A55 at Pentre Berw on Anglesey at 105mph and another on the A483 travelling at 101mph.

The Roads Policing Unit also arrested and charged a drink driver after he was stopped on Ffordd Penmynydd, Llanfairpwll shortly before 8:30pm last night.

As part of Covid checks an officer saw a Transit van being driven and he was stopped. The driver failed the roadside breath test and was arrested.

The 41-year-old local man has since been charged and will appear before Caernarfon Magistrates Court on June 11th.