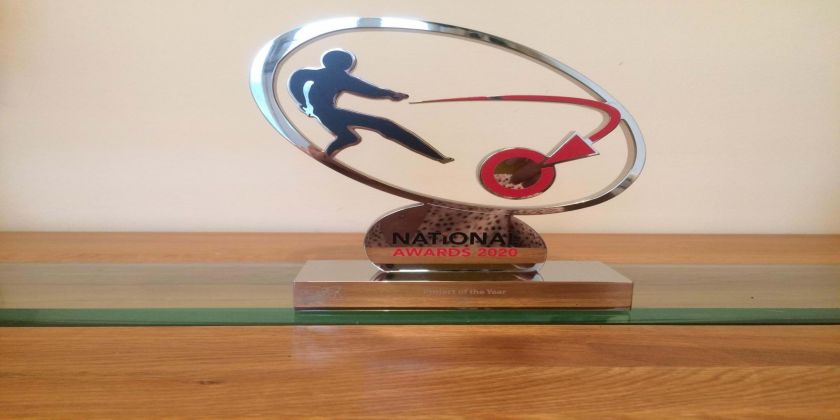 The Stand Against Violence Initiative (SAVI) had something to celebrate recently after Gary Lineker announced that the Rhyl based project has won the Street Games National Project of the year award.

Street Games is a national sports charity helping young people in the UK's most disadvantaged areas, and the team effort by all those involved with the SAVI project was recognised by the panel of judges.

Emma Jones, regional doorstep sports advisor for Street Games said: “I am so pleased to be a part of the work the whole team do and I hope to be able to support more opportunities for young people to have positive experiences with physical activity in the future.”

“It is brilliant to see North Wales getting national recognition. The work put in and the partnership approach is such a credit to everyone involved.”

SAVI was established nearly two years ago, after statistics revealed 190 incidents reported in the town between July and November 2018 were linked to youth related offending. With the help of early intervention youth funding from the Serious Violence Prevention Programme, SAVI was able to deliver a variety of engagement and intervention projects to support young people at risk of being exposed to serious violence and crime.

This led to close links with North Wales Police, West Rhyl Young People’s Project, Brighter Futures, Wicked Wales Cinema, schools and sports organisations in a bid to look at how the prospects for young people of Rhyl could be changed.

The organisations have worked in partnership and together they have factored in attributes and built in provision for the times when youth antisocial behaviour was at its highest.

Before lockdown between 50 and 60 young people per night, aged between 11 and 17, attended sessions across Brighter Futures and West Rhyl Young People’s Project as well as alternate provisions including boxing, dodge ball or even just going to the youth café for a meal and a chat.

Wicked Wales Cinema held special youth cinema screenings monthly at The Little Theatre, where the young people got to choose which films were screened.

“The programme has developed positive behaviour changes by listening and understanding the needs of young people and led to increased community cohesion”, said Emma, explaining that academic study has shown how sport reduces antisocial behaviour and youth crime.

PC Darren Ankers and Crime Prevention Coordinator Donna Taylor from North Wales Police, together with key partners, provided a targeted response in bringing everything together to support a reduction in demand.

As a result of the SAVI project young people enjoy greater access to youth-friendly places to meet, complimented by an experienced team of street-based detached youth workers engaging with those that do not access other services”, said Donna, highlighting the fact that for every pound being spent on the project £7.11 is being saved by the economy.

“Due to COVID restrictions placing limitations on meeting places, SAVI has had to adapt its approach,” West Rhyl Young People’s Project manager Hannah Rowan explained. ”The SAVI partners are still collaborating to develop new ways of reaching young people and helping them to keep active and stay well, all safely within the law.”

“West Rhyl is recognised to be the first and second most deprived community in Wales (WIMDS, 2019). Increasing opportunities using sport and media as a vehicle for social change has led to a stable, sustainable partnership, said Emma