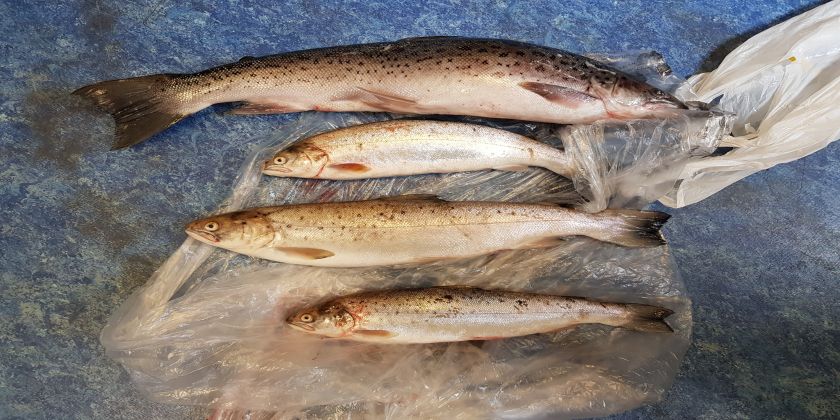 Dyfed-Powys Police and Natural Resources Wales (NRW) executed seven warrants as part of an investigation into an illegal fishing operation on the River Teifi.

Yesterday’s operation, involving 25 officers from the force including the Rural Crime Team and nine NRW enforcement officers, targeted seven properties in the Cardigan area linked to people believed to be involved in illegally catching and obtaining salmon and sea trout, or sewin, on an unprecedented scale.

Lampeter Inspector Matthew Howells said: “The scale of today’s operation shows how seriously we, and our partners, take rural crime.

“Fish stocks are at an all-time low so it is important that we take action against anyone who may be illegally fishing and potentially having a detrimental impact on already dwindling stocks.

“It is also unfair on those anglers who do the right thing and fish within the law.”

Salmon and sea trout are iconic species in West Wales and are a huge asset in attracting visiting anglers which boost the tourism industry.

The latest warrants came on the back of the arrest of a 33-year-old Ceredigion man on suspicion of illegal fishing on the Teifi on May 22. He has since been released under investigation.

The warrants saw fish and nets seized and intelligence gained to support the ongoing investigation.

The Teifi has been designated a Special Area of Conservation due to the salmon populations within the catchment.

David Lee, Environment Team Leader for Natural Resources Wales said: “Salmon and sewin stocks in the Teifi have been in serious decline in recent years and everyone wants to see the river flourish and stock numbers recover. We will not hesitate to act if we have reason to believe that large-scale illegal fishing it taking place. I am grateful to our colleagues at Dyfed-Powys Police for their support in this operation.”

Four sewin were recovered during the operation.