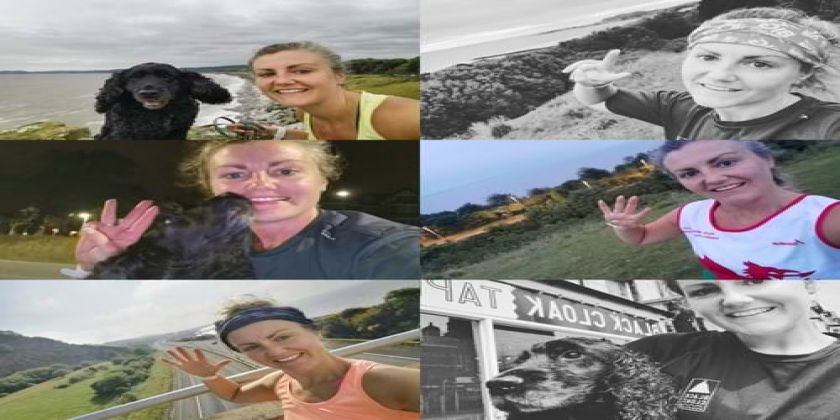 Stuart Goldsack, Liam Jones, Katie Ellis, Aaron Haggas and Eryl Lloyd set upon running five miles, every four hours, for 24 hours. This was not a team goal. To complete the challenge, each runner had to run the thirty mile distance within the 24 hours.

On top of the physical demands of the challenge, runners also had to plan their meals and clean their kit between each run, not to mention dealing with sleep deprivation. Eryl said “The hardest element of the challenge for me was the time between the runs. They were taking longer every time, especially the last ten miles, so by the time I got home, showered, hydrated, ate and got things ready for the next five miles, maybe sleep - it was time to go again. The last five miles was the hardest for me - it was only knowing the others were out as well and the money we had raised for Cuddles that got me through it.

Eryl added “Cuddles provides things you wouldn’t really notice or appreciate at the time.  Things like the parents’ room, tea, coffee and lunch - it was all there. Claire was there constantly. It was a difficult time, as we had to juggle family life with the two other boys at home. Thinking back now, it was a scary time however we were very fortunate. Towards the end of our stay, Claire had moved into the unit to be with George and Cuddles provided the room for her to stay in overnight.”

PC Liam Jones and DC Stuart Goldsack were able to complete some of their five mile runs together, while adhering to social distance guidelines. Liam said “It was quite a challenge! Although maybe the boredom of lockdown sent us to it. This was a great cause which I just had to get involved with. Getting up to run five miles in the rain through the night wasn’t great, but making it through and finishing the final leg was a great feeling made so much better when the fundraising tally kept rising.

“I mostly had avocado on toast, noodles or peanut butter between the runs for energy. It was odd having to scoff it down even when you didn’t feel hungry”

Aaron, SSF Manager said “It was tough, especially with the heat in the night that was not expected. I struggled to sleep but the pure adrenaline of what we were doing and why helped keep me going. It was great to have a socially distanced beer with the team after the last five mile run.

“We started at 8pm on Friday and set off on our last five miles at 4pm on Saturday. In addition to sleep deprivation, a need for regular clean kit and copious amounts of pasta and donuts, we had the challenge of running in glorious warm sunshine. It was tough.”

“We all ran our own route in the Colwyn Bay and Rhos-on-Sea area, clocking up an amazing thirty miles each within 24 hours.”

Up until a year ago, PC Katie Ellis did no running and was filled with dread by the mention of it, she said “Being part of the running club, having the support and the motivation that it brings has helped me to understand that we all have different strengths.  It was an amazing feeling finishing that last 5 miles and finding out that our original target of £500 had been blown out of the water.”

“I found the hardest part of the challenge was forcing the calories down in between each run. I began to understand the concept for eating to fuel and when my body didn’t know whether it was exhausted, hungry or going to be sick. It was really hard to ensure that my body had what it needed to get up and go again.”

“I saw this as an opportunity to achieve something really positive and that would make a massive difference to the amazing charity, which I know is close to the hearts of a few of our members.”

If you would like to support Cuddles, you can make a donation using the following link https://www.justgiving.com/fundraising/bcrthirsty30 from your personal device or search ‘justgiving bcrthirsty30’