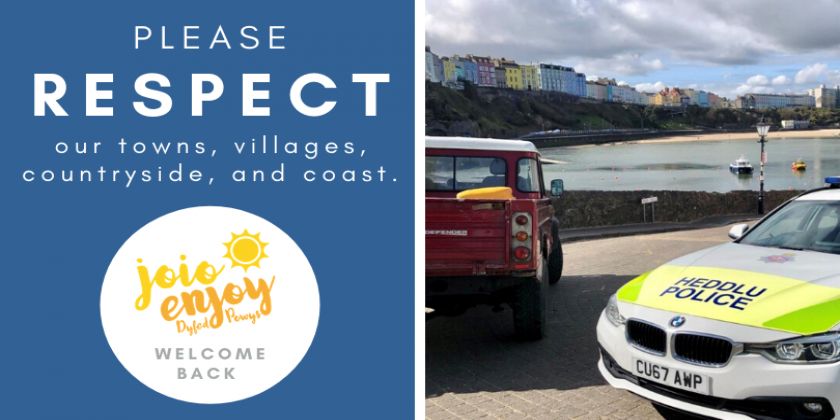 Officers and their partner agencies are concerned about reports there may be gatherings of youngsters planned for this weekend in Pembrokeshire. Gatherings outdoors, which include members of more than two households (or more than two extended households) are still illegal, as part of the regulations to help reduce the spread of Coronavirus.

Chief Inspector Louise Harries said: “We know the current situation and restrictions have been difficult and frustrating for young people, and they understandably now want to be out with their friends. However, the public health regulations are in place to help reduce the spead of Cornavirus, and we are not yet out of the woods in terms of its spread. People can still catch it – including youngsters, who can then pass it onto parents, grandparents, and siblings. So we’re urging youngsters to act responsibly, and respect our local communities and the sacrifices we’ve all made over the past few months to have some more freedom now. We’re also asking parents to help by ensuring they reinforce these regulations with their teens, and know where they are and what they’re doing.

“As well as breaking the public health regulations, gatherings can lead to anti-social behaviour which makes life a misery for local people, especially where there is alcohol involved. This type of behaviour will not be tolerated.”

Police are working closely with partners in the county this weekend, and will act quickly to disperse any such gatherings. Our plea to everyone is to be safe, sensible and respectful.