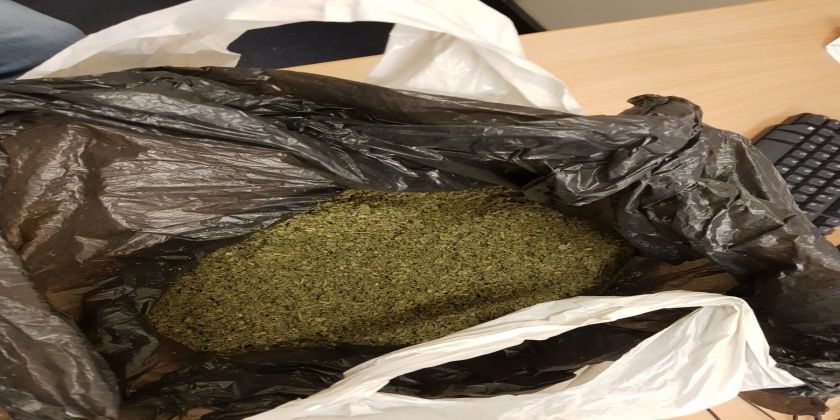 Police officers seized £10,000 of the psychoactive substance spice after waiting near a motorway slipway for a car returning from a drugs run.

Dyfed-Powys Police officers arrested Jack Brennan on Saturday, June 28 after stopping a Volkswagen Polo just off the M4 at Hendy.

Officers from the Priority Policing Team were acting on intelligence that the occupants of the Volkswagen Polo – including 22-year-old Brennan – were travelling to and from Cardiff to collect drugs to sell in Carmarthenshire.

On being stopped, Brennan – who has now been jailed – claimed the half kilo supply of spice was for his own personal use.

Detective Inspector Wayne Bevan said: “Information was received that the car would be returning to Llanelli with controlled substances intended to be supplied to people in the area.

“Assistance was requested from Carmarthenshire Roads Policing Unit to stop the car as it left the M4 at Hendy, where it was searched under the Misuse of Drugs Act.

“As the occupants were detained, Brennan told one of the officers there was half a kilo of spice on the back seat, which was all for his own use.

“A package was found in the car, containing an amount of the drug inconsistent with personal use. Brennan was swiftly arrested on suspicion of possessing class B drugs with intent to supply.”

An Iceland carrier bag was found in a back footwell of the car, which was seized and found to contain a black back filled with a green substance.

This was identified as being 570g of class B drug spice. The street value of this quantity is estimated to be around £10,000.

Brennan, of Railway Place in Llanelli, was charged with possessing class B drugs with intent to supply, and admitted the offence at court.

He was remanded to appear at Swansea Crown Court for sentencing on August 7, when he was jailed for 36 weeks.

DI Bevan said: “Spice is an extremely addictive and dangerous substance, and this operation has prevented a significant quantity of the drug from making its way to Llanelli.

“This is an excellent example of partnership working between departments to identify and stop the vehicle, and to prevent this drug from entering the supply chain.

“Our proactive teams will continue to act on all information received about the abuse of illegal substances, and will endeavour to bring those concerned in the supply of drugs to justice.”