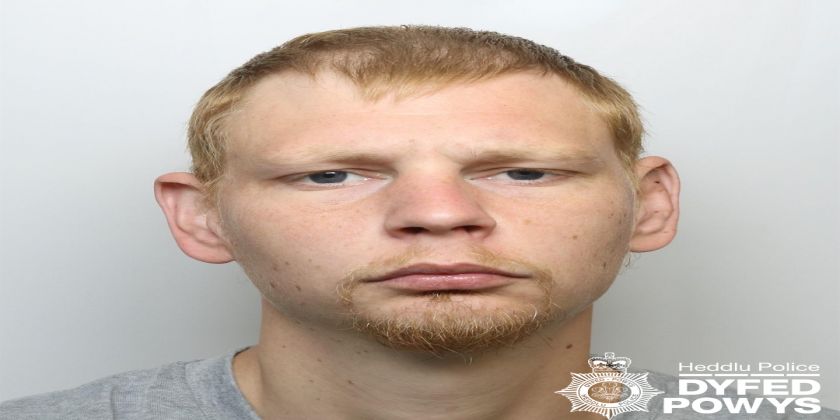 A man who threatened to stab a vulnerable victim just a day after trying to commit a robbery against a stranger has been jailed.

The victim reported that Rawlinson, of Colley Court, in Monkton, had approached him outside his home and held a sharp object to his chest.

The victim managed to get inside his house safely, and called the police.

Rawlinson was arrested 20 minutes later and taken to police custody, where he was interviewed the following day, and released on bail with conditions while officers carried out enquiries.

But just hours later, he was under arrest for a second time.

Detective Sergeant Tanya Rendell said: “The suspect was released on bail with stringent conditions to comply to while we carried out an investigation into the offence. There were a number of enquiries we needed to progress, which would take longer than we would have been able to keep him in custody.  Despite the conditions imposed the suspect clearly had no regard for the law or the conditions imposed, and with less than three hours after being released on bail with conditions, our suspect went on to commit another attempted robbery, this time against a vulnerable man who was known to him.

“The pair had met at a friend’s house and had gone for a walk, when they ended up in an alleyway.

“The victim was physically assaulted – punched and kicked – and was threatened that he would be stabbed if he didn’t give Rawlinson £40 and tobacco.”

PCSOs on patrol saw the victim and took him to a place of safety.  Rawlinson, who was still in the area was arrested following this.

He was charged with two counts of attempt robbery and appeared at Swansea Crown Court, where he was sentenced to six years in prison.

DS Rendell said: “This was a swift an comprehensive investigation, involving officers from a number of teams. Evidence was captured by Neighbourhood Policing Teams at the scene, which was followed up with house-to-house and CCTV enquiries, as well as work from the dog unit, CID and firearms officers.

“This excellent teamwork secured the evidence needed to get a charge, conviction and a prison sentence for a man who is clearly a danger to the community.”