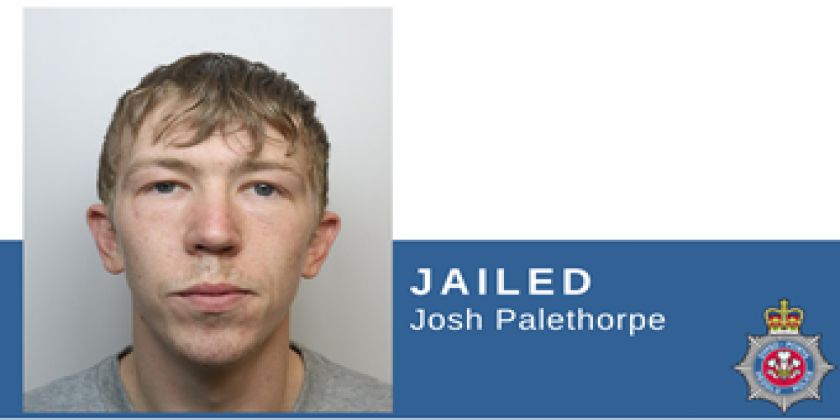 A man was caught with thousands of pounds worth of items taken from homes and sheds in Llwynhendy after accessing wifi on a stolen laptop.

Josh Palethorpe, of Heol Westfa, hid when Dyfed-Powys Police officers arrived at the house he was staying at, but was found surrounded by stolen goods including TVs, power tools, computer consoles and laptops.

The force had received reports of four shed break-ins and two creeper burglaries in the Llwynhendy area over two nights in March.

An investigation was immediately launched, and enquiries led officers to discover that a wifi spot had been accessed on one of the stolen laptops. The occupants of that address had no connection with the burglaries, and officers began looking at a neighbouring house – where 26-year-old Palethorpe had been staying.

DS Bromfield said: “We received a request to attend the address on a separate matter, and on entering the house officers found a large amount of property which was suspected to be stolen.

“Josh Palethorpe was located hiding in an upstairs bedroom and was arrested on suspicion of burglary. However, it transpired that the suspect had bought the goods – and given the low price he paid for them, he must have been aware that they were stolen.”

Palethorpe was charged with handling stolen goods, and was sentenced to two years in prison when he appeared at Swansea Crown Court.

DS Bromfield added: “What was crucial to this investigation was the ability to trace where the suspect was accessing the wifi from. The laptop he was using was fitted with a tracking device, which led us to the address Palethorpe was staying at, where he was arrested.

“I hope this sentence proves to him that it’s not worth being involved in the stolen goods chain, no matter how little he paid for the items.”