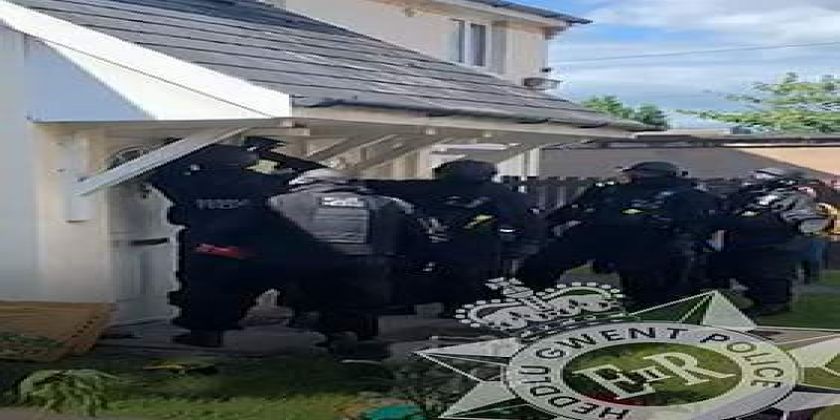 Five people were arrested as part of a crackdown on drug activity in Pill,  Newport.

Operation Wyvern took place on Monday, August 31, where officers executed drugs warrants at six addresses in Newport including in Pill, Rogerstone and the city centre.

Five people aged between 20 and 68 were arrested on suspicion of drug offences.

A quantity of drugs – believed to be class A and B drugs were recovered during the operation. These have been sent away for forensic examination and identification.

Sgt Phil Welti, from the Pill neighbourhood policing team, said: “Operation Wyvern was launched to target those who are involved in the supply of drugs in the Pill area. We will not tolerate those making a profit from other people’s misery and exploiting the most vulnerable in our communities.

“Thousands of pounds worth of drugs – believed to be class A and B drugs have been seized during this operation – which would have otherwise made it onto the streets of Newport.

“I’d like to thank our communities and partner agencies for their support which is vital to our work. Please keep telling us of your concerns about drug supply so that we can take action against individuals and protect those at risk in our communities.”

Anyone with any information can call 101 or alternatively you can call Crimestoppers anonymously on 0800 555 111.