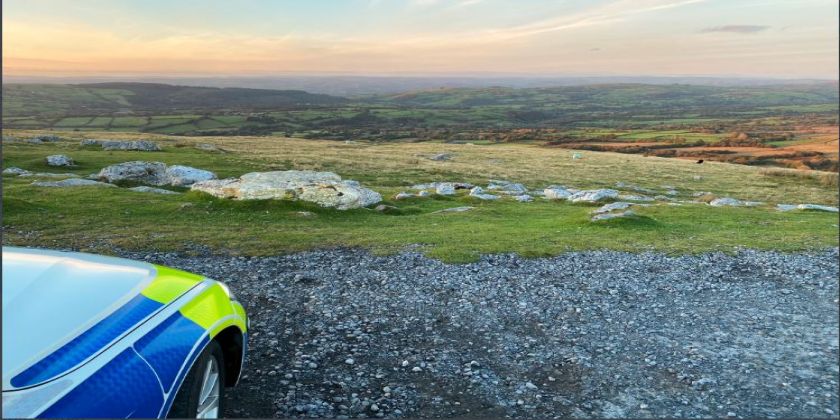 POLICE have issued fines to a group of men who broke local lockdown restrictions to go car racing near Brynamman.

Dyfed-Powys Police officers were made aware of four people who had travelled to the Black Mountains from Caerphilly on September 27 for a rallying event.

Under local lockdown regulations, nobody should enter or leave the county of Caerphilly for reasons other than work or essential journeys.

Inspector Andy Williams said: “The Carmarthenshire Roads Policing Unit received a report of quad bikers in the area, however while responding to the call they came across a group of racers congregating for a rallying type event.

“Officers tried to engage with the group, who had travelled from Caerphilly, and explained several times that were not allowed to be in this area.

“After lengthy attempts at asking them to leave and make their way back to their home addresses, they were still refusing to cooperate.

“The decision was made to issue all four with fixed penalty notices.

“We hope this will service as a reminder that officers can and will enforce these new rules.”

The incident comes as cases proceed to court for fixed penalty notices handed out during the national lockdown which were unpaid or disputed.

Hearings at Llanelli Magistrates’ Court have included people who drove over 100 miles from Newport to Pembroke Dock while travel was banned, and others who had broken rules by entering people’s homes at the height of lockdown. In two cases, people were ordered to pay more than £800 in fines and costs, after failing to pay the initial fixed penalty notice.

“It is vital for all our safety that local restrictions are adhered to,” Insp Williams said.

“We do not want to fine people, but if like in this situation our efforts to educate people about the changes to legislation are not taken seriously, we will be left with no alternative.”