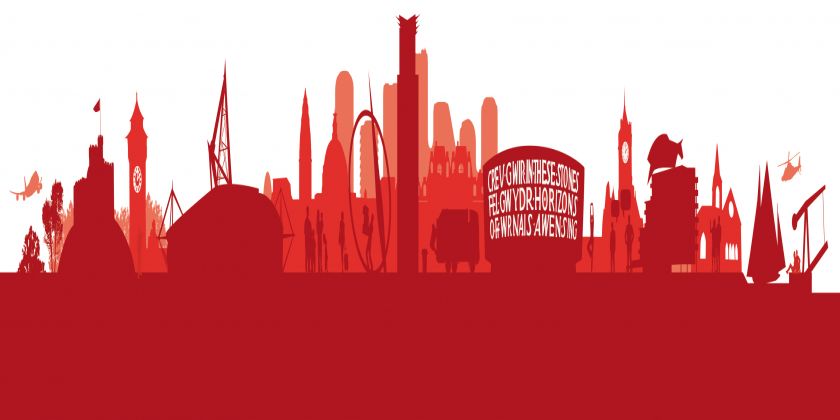 It’s this new role that is the focus of Sam’s attention now, as he’s joined forces with local registered charity The Rescue Hotel to try to raise £500,000 to refurbish the kennels at Cardiff Dogs Home, which looks after up to 1000 stray dogs from Cardiff a year.

Speaking about the fundraising effort, Sam said: “I’ve had dogs my whole life. I’ve had two dogs from Cardiff Dogs Home in the family, and the happiness they’ve brought has been unbelievable.

“One of the things I always wanted to do when I finished my playing career was help the local dogs home. The dogs in there all deserve a good life and I really want to play a part in doing that for them.”

“Some dogs board in there for 12 months until they find their forever home, so hopefully we can raise as much money as possible and give them a lovely environment to stay in.”

“Even if you can only give 50p or a pound, collectively, if all the dog lovers did that, that would be fantastic.”

The Dogs Home, which has received at least one RSPCA PawPrints Award every year since 2008 in recognition of its standards, is supported by ‘The Rescue Hotel’, a charity which was set up in April last year to raise funds for additional services, such as qualified behaviourists for dogs awaiting rehoming, and run by Cardiff Council.

Cabinet Member for Environment, Cllr Michael Michael, said: “The team at Cardiff Dogs Home simply love dogs, and they do a brilliant job, providing a level of care far beyond what is legally required of this statutory service, but it’s no secret the kennels need refurbishing.

“With this support from Sam, and the fantastic trustees at the Rescue Hotel, hopefully soon the Dogs who find themselves in our care will be able to benefit from the kind of comfortable, stress-free surroundings that will allow them to thrive until we can find them a forever home.”