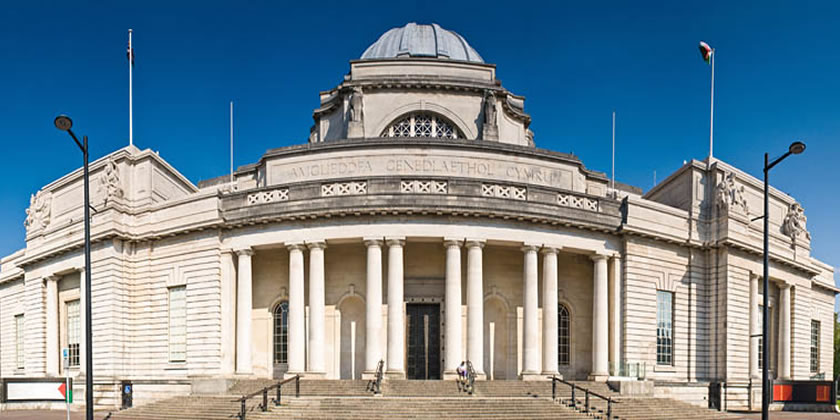 Six treasure finds dating from the Bronze Age to post-medieval periods were declared treasure on Friday 4th February by Mr John Gittins, the Senior Coroner for North Wales (East and Central). The objects were all discovered by metal detectorists and include a Bronze Age hoard, three medieval coin groups, a post-medieval bodkin and seal matrix.

A silver seal matrix with a crowned heart motif (Treasure 19.30) was found by Marc Boulton whilst metal-detecting in Llanynys Community, Denbighshire on 19th May 2021. According to Sian Iles, Curator of Medieval and Later Archaeology, Amgueddfa Cymru-National Museum Wales, the matrix dates to the late 17th or very early 18th century.

“Personal seal matrices used to authenticate and seal documents, were popular in the post-medieval period. The increasing number of matrices recorded through the Treasure Act 1996 contribute considerably to our understanding of beliefs and fashions of people in post-medieval Wales.  Crowned bleeding-heart motifs and associated designs are seen to represent marital fidelity and love, and in some contexts religious and political (Royalist) beliefs.”

Denbighshire Heritage Service intends to acquire the seal matrix for their collections, following an independent valuation by the Treasure Valuation Committee.

A medieval coin association of nine silver coins (Treasure Case 19.26) was discovered in Bronington Community, Wrexham by metal detectorists Marc Boulton, Michael Evans and Michael Burt on 16th December 2018. These medieval pennies and cut halfpennies were all minted between 1247 and 1265 during the reign of Henry III. The two cut halfpennies suggest that the entire group was the contents of a purse, lost or possibly intentionally hidden and were never recovered. Wrexham County Borough Museum & Archives has expressed interest in acquiring the coins for its collection, following their independent valuation by the Treasure Valuation Committee.

“At eight pence, the contents of this purse may have amounted to roughly 3 days’ pay for a skilled tradesman. The 13th century saw the widespread use of coins both in England and along the north and south coasts of Wales and in the Welsh Marches. The contents of purses give us important information about individuals’ wealth and improves our understanding of the local economy. This is one of several medieval treasure finds reported from Bronington, including a coin hoard dating to the 15th century”.

A hoard of bronze tools and weapons (Treasure Case 17.07) of Late Bronze Age date was found by Colin Rivett while metal-detecting on a pasture field in Abergele Community, Conwy on 26th April 2017. Included within the hoard were two sword scabbard fittings (called chapes), seven bronze socketed axes, three bronze palstaves and a copper ingot fragment. The objects were buried together in the hoard around 2,850 years ago. The finder responsibly reported his find before removing all the objects from the ground. An archaeological investigation of the hoard, led by staff of the Portable Antiquities Scheme in Wales, was undertaken in May 2017 with the help of the finder.

Conwy Culture Centre is keen to seek to acquire the hoard following its independent valuation by the Treasure Valuation Committee.

“I am very grateful to Mr Rivett for leaving the hoard in the ground, allowing the PAS Cymru team to carefully excavate and record the artefacts and their surrounding contexts. The team comprised the finder, landowner museum staff and volunteers. The excavation enabled us to confirm that the artefacts were carefully arranged within a small pit and with commanding views across sea. There was a stone lying immediately adjacent to the pit, now flat but originally likely to have been a marker stone”.

• A medieval silver coin association (Treasure Case 19.14) found by Michael Evans and Jamie Wright while metal detecting in Llanynys Community, Denbighshire on 17th March 2019. This comprises ten pennies of Edward I and Edward II minted between 1279 and 1310.

• A medieval silver coin association (Treasure Case 19.43) found by Michael Evans and Jamie Wright while metal detecting in Llanynys Community, Denbighshire on 17th March 2019. This consists of two pennies of Edward IV minted between 1464 and 1483.

Denbighshire Heritage Service are interested in acquiring these treasure finds for their collection, following their independent valuation by the Treasure Valuation Committee.