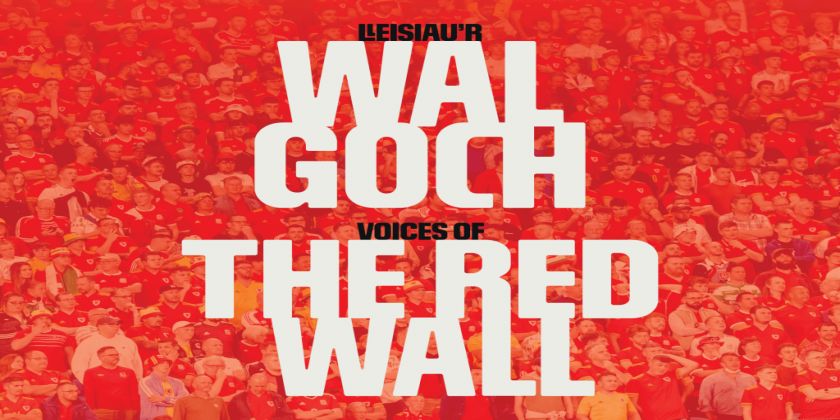 The Voice of the Red Wall exhibition opens at St Fagans on 19 November until 17 April 2023.

The exhibition is part of the Gŵyl Cymru Festival, a creative event to bring communities together as part of the nation’s support for Cymru during their FIFA World Cup 2022 campaign in Qatar.

Supporters of Cymru’s national football teams are called The Red Wall. Dressed in their bucket hats and replica shirts, belting out chants from the stands, they’re often described as the twelfth player on the pitch.

The exhibition explores the fashion, music, identities and politics of the Cymru fans. Stories include fan experiences at the Euros in 2016 through to iconic moments such as Dafydd Iwan’s rousing performance of Yma o Hyd before the crucial World Cup play-off matches against Austria and Ukraine.

The Museum posted a call out for fans to share their photos for the exhibition and they responded in their droves.

Fan stories are the star of the exhibition with contributions from The Rainbow Wall, Spirit of ’58, Amar Cymru, The Barry Horns, Gol Cymru!, and lots more.

Objects on display include banners on loan from supporters, a trumpet donated by The Barry Horns, and a shirt signed by the Cymru women’s national team.

Also on display are pennants and match programmes that were given to the Cymru squad during the 1958 World Cup campaign, on loan from The Welsh Sports Hall of Fame.

“This is a hugely exciting time for Cymru as we head to the FIFA World Cup and it’s only right that we celebrate the contribution of The Red Wall to the team’s success in recent years.

We have already collected objects from the fans and we will be collecting photos from The Red Wall throughout the World Cup so we can continue documenting the fan experience as it evolves.”

Amgueddfa Cymru belongs to everyone and is here for everyone to use. We are a charity and a family of seven national museums and a collections centre, located across the country. Our aim is to inspire everyone through Wales’ story, at our museums, in communities and digitally.

Our welcome is free thanks to funding from the Welsh Government and extends to people from all communities.

Play your part in Wales’ story: by visiting, volunteering, by joining, by donating.