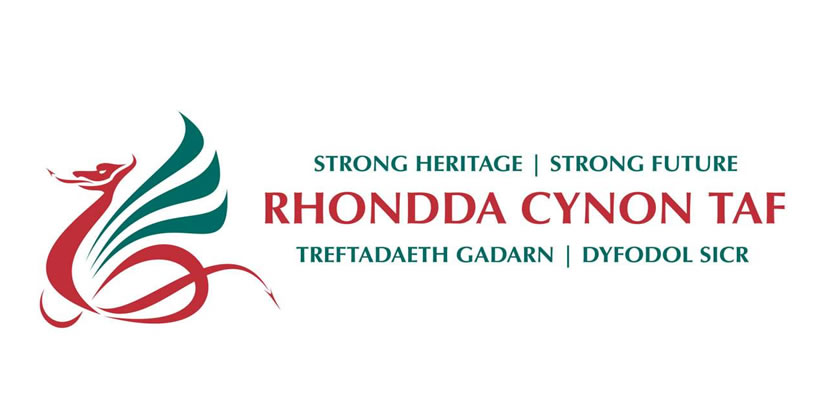 The Council’s £3m Ron Jones Stadium has been officially opened by the former Welsh, British, European and World record-breaking athlete.

Cwmaman-born Ron Jones MBE said he was delighted to return home on Friday, October 12, to open the new athletics track and sporting facility, which could go on to be the “envy of Wales.”

Facilities at the Ron Jones Stadium include a running track with polymeric surfacing, floodlighting, changing facilities, meeting and office spaces and a 263-seat spectator stand, which will be officially named in November.

Speaking at the official opening Council Leader, Cllr Andrew Morgan, said: “Athletics is so important to this area. Just down the road, a few miles away, is the town of Mountain Ash, the home of the world-famous Nos Galan Road Races, which this New Year’s Eve celebrates its 60th anniversary.

“We still have quite some time to go before this year’s special event, but already all races places have been taken up, with the exception of some places still left in the 12-13s and 14-15s age categories.

“On top of that, only last weekend, a record 25,000 people took part in the Cardiff Half Marathon, along with the inaugural Commonwealth World Championships, in our capital city.

“Such is the demand and popularity of athletics in this part of Wales, and I am sure that the Ron Jones Stadium will help nurture a whole new generation of talent.

“Athletes of the future who could go on to win the Nos Galan Road Races, the Cardiff Half Marathon, even the London Marathon and go on to represent their country at the Commonwealth Games, Paralympics and Olympic Games.”

Council Cabinet Member for Environment, Leisure and Heritage Services, and chair of the Nos Galan Committee, Cllr Ann Crimmings, added: “It gives me great pleasure to officially open the Ron Jones Stadium alongside Ron Jones himself, a true sporting legend.

“We also extend a warm welcome to his wife Linda and daughter Elizabeth who have travelled from their home in Cambridge to be with us on this special day.

“Ron grew up in the village of Cwmaman, just a few miles from the Ron Jones Stadium, and I am sure he would have loved a facility like this when he was growing up.

“I am delighted that we are now able to celebrate such a significant sporting milestone for the town of Aberdare, the County Borough of Rhondda Cynon Taf, and the whole of Wales.”

Among the invited guests at the opening ceremony were other members of Mr Jones’ family, who still live in the Aberdare area, along with Rhondda Cynon Taf athlete Rhys Jones, who has himself competed in two Commonwealth Games, Glasgow 2014 and Gold Coast, Australia 2018, and James Williams, Head of Operations at Welsh Athletics.

In 1962, Ron Jones won two relay bronze medals, one at the European Championships in Belgrade and the other at the Commonwealth Games in Perth.

He was also part of the British team that set a new World 4 x 110 Yards record in 1963, was the Great Britain athletics captain at the 1968 Olympic Games in Mexico and won more Welsh sprint titles than anyone else.

He also holds the record of winning the Nos Galan 100 Yard Dash an unprecedented seven times and was the Nos Galan Mystery Runner in 1967 and again with Jamie Baulch in 1998.

He retired from competitive athletics at the end of the 1970 Commonwealth Games in Edinburgh and was awarded the MBE in the 2001 for services to sport and charity.

In 2009 he was inducted into the Welsh Athletics Hall of Fame in 2009 and officially opened the Ron Jones Stadium in Aberdare on October 12, 2018.